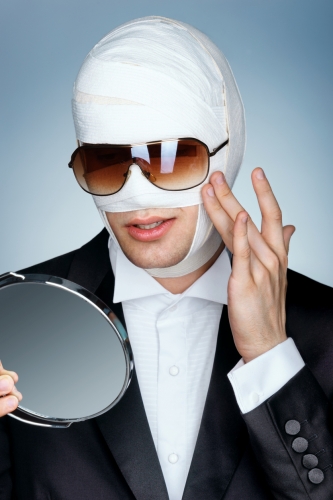 Appealing Litigation first addressed the 2017 “facelift” to the summary judgment statute in an October 2017 blog post. In her post, Partner Cathy Trent-Vilim noted that the revisions to Nebraska’s summary judgment statute, Neb. Rev. Stat. § 25-1332, now require the moving party, as well as the responding party, to provide citations to the evidence in support of their assertions of fact. After the statute became effective, it was unclear how the moving party was expected to set forth such facts.

To address that issue, the Nebraska Supreme Court recently adopted § 6-1526, entitled “Summary Judgment Procedure,” to the Uniform District Court Rules of Practice and Procedure. The Nebraska Supreme Court added the same to the Uniform County Rules of Practice and Procedure as § 6-1471. These Uniform Rules create new requirements and provide structure for the summary judgment procedure.

Sections 6-1471 and 6-1526 require the moving party to simultaneously file with its motion an index of evidence and “an Annotated Statement of Undisputed Facts setting forth concise, numbered paragraphs of proposed material facts” with pinpoint citations to the Index of Evidence. The word “file” is important as it requires the party to file the Annotated Statement with the Clerk of the Court. For those of you who regularly practice in federal court, this is substantially similar to the federal process.

Thus, as in federal court, the new rules require the party opposing the motion to provide an Annotated Statement setting forth the moving parties facts and either accepting or disputing each fact with citations to the Index of Evidence in opposition to the motion. To ensure timely compliance by all parties, the rules expect the “assigned judge to schedule deadlines for compliance . . . to ensure a fair opportunity for all parties to present their evidence.”

What are the consequences if a party fails to comply? The rules state that failure by either party to “submit such Statement may constitute grounds for denial of [or sustaining] the motion.” “May” creates discretion and is affirmed by subsection (D), which allows the judge, in his or her discretion, to “extend any deadline for compliance.” Therefore, although failure to comply can result in an adverse result, a party can request additional time to comply.

The Nebraska Supreme Court has yet to address whether it is reversible error for a Court to not enforce these requirements. However, the Court recently forewarned:

For the benefit of judges and practitioners, we take this opportunity to note that, effective August 24, 2017, the Legislature modified Neb. Rev. Stat. § 25-1332 (Supp. 2017) to impose citation and argument requirements regarding assertions of disputed facts on summary judgment. But here, neither party assigns error based upon the new procedures.

Thus, to answer the question in the title – Yes. Although not explicitly required by the revised statute, the Uniform Rules require an annotated statement of undisputed facts with your motion for summary judgment to be filed with your summary judgment motion. Failure to do so may result in a denial of your motion.