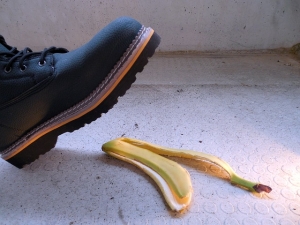 One of the challenges of being an attorney is keeping up on the law. Not the case law –the Nebraska Court of Appeals and Supreme Court publish their opinions weekly, here and here.  The day before the opinions are published, they even post advanced notice of their anticipated opinions, here and here. To make sure you don’t miss out on new developments, the Courts will even send you a list of the anticipated and newly-published opinions if you sign up at http://supremecourt.us4.list-manage.com/subscribe?u=ae8e96284b7e00297615727f9&id=e24ff22789.

No, the bigger challenge for attorneys is staying abreast of changes to the statutes.  Unlike the Courts, neither the Nebraska Unicameral nor the Governor’s office sends periodic updates. As a result, legislative changes may impact your daily practice of law and you may not even know about it.

This can be especially problematic when there are legislative makeovers to long-standing procedural statutes.  Attorneys who have been practicing for some time have the more common statutes committed to memory and may not be inclined to look them up. There is no need to look up something you already “know,” right?

Take, for example, Nebraska’s summary judgment statutes.  Did you know one of the provisions recently underwent substantial changes? Or that these changes have been in effect for a few weeks now?

For as long as I have been practicing, Nebraska’s summary judgment statute read:

The motion shall be served at least ten days before the time fixed for the hearing. The adverse party prior to the day of hearing may serve opposing affidavits. The judgment sought shall be rendered forthwith if the pleadings and the evidence admitted at the hearing show that there is no genuine issue as to any material fact and that the moving party is entitled to a judgment as a matter of law. The evidence that may be received on a motion for summary judgment includes depositions, answers to interrogatories, admissions, stipulations, and affidavits. A summary judgment, interlocutory in character, may be rendered on the issue of liability alone although there is a genuine issue as to the amount of damages.

Besides replacing “issue” with the word “dispute,” the new version of the statute imposes certain requirements with respect to evidence.  Under the new § 25-1332, gone are the days of parties simply parroting the phrase “genuine issue of material fact.” It is now a “genuine dispute of material fact” – and you have to provide citations to the evidence in support of your position. Under subsection (2),

A party asserting that a fact cannot be or is genuinely disputed must support the assertion by:

(a) Citing to particular parts of materials in the record, including depositions, answers to interrogatories, admissions, stipulations, affidavits, or other materials; or

(b) Showing that the materials cited do not establish the absence or presence of a genuine dispute, or that an adverse party cannot produce admissible evidence to support the fact.

Best of all, the Unicameral gave the statute teeth. If the nonmoving party fails to comply with the new rules, the court has a host of options available to deal with the party’s non-compliance.  This includes treating the fact as undisputed for purposes of the motion. Under subsection (3):

(a) Give an opportunity to properly support or address the fact;

(b) Consider the fact undisputed for purposes of the motion;

(d) Issue any other appropriate order.

Of course, the statute also gives judges an ‘out’ by allowing the nonmoving party to address the fact; and the court can “issue any other appropriate order.” As a result, judges are not obligated to hold the parties’ feet to the fire. But for the more rule-oriented members of the bench, they now have legislative permission to strictly enforce the rules.