Don’t Have a Cow: Nebraska Cattle Owner Liability for Loose or Escaped Cows on Roadways 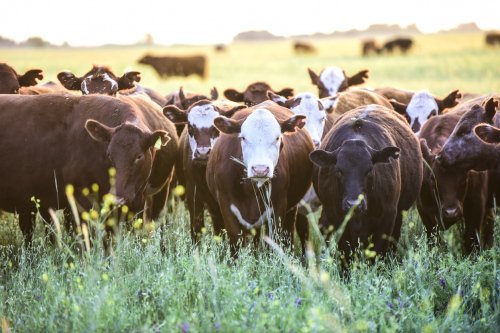 You’re a cattle owner and one of your more ornery cows has escaped the pasture. Of course the pasture was fenced so you’re unsure of how she managed to escape. Before you can find her, you discover a cattle-vehicle collision on the highway not far from the pasture. Lo and behold, the vehicle collided with your cow while she was crossing the highway. Unfortunately, the other driver was injured.  Can the driver now sue you for the injuries that occurred because your cow left the pasture? The quintessential legal answer—it depends.

Despite best efforts, cattle have a way of escaping their pastures and meandering into places they shouldn’t, like the lands of other farmers and public highways. Nebraska law is clear that the owner of an escaped cow is liable for damage the cow does to the land of another.  However, it is less clear about liability for damage to an injured person after an unfortunate encounter between the cow and their automobile.

Instead of making an owner automatically liable for damages, Neb. Rev. Stat. § 25-21,274 requires an injured person prove the livestock owner was negligent in allowing the cow to escape. The Nebraska Supreme Court has frequently rejected arguments suggesting a jury be allowed to infer the cow would not have escaped without some act of negligence by the owner. Rather, the law  indicates that the mere fact a cow escapes is not alone sufficient to infer negligence to the owner. In fact, the Nebraska Court of Appeals found a cow on the road, in Nebraska, is not such an uncommon occurrence that could only happen if someone was acting carelessly.

So what is the standard for holding you, as the owner, liable to the driver?  According to Nebraska case law, a cattle owner only has a duty of ordinary care to ensure his cattle do not escape and enter a roadway. Ordinary care has been interpreted to mean, among others, that there are adequate means of confining the animal, such as a fence. The key test is foreseeability, or likelihood, of a cow being upon the roadway. For example, if there is poor or broken fencing in the pasture, there is a likelihood that the would wander from the pasture onto the roadway. On the opposite end of the spectrum, if there is state-of-the-art fencing to keep the cows in the pasture, there is a low likelihood the livestock would escape and wander onto the roadway.  In sum, liability will be dependent on the specific facts which led to the cow being on the road.

However, an owner must still be vigilant since keeping fences in good repair alone might not be enough to absolve an owner of liability. In Hand v. Starr, the Nebraska Supreme Court held that if the owner of an escaped cow knows or even should know that one of his cattle has escaped, he has a duty to “round them up and confine them.” In Hand, the owner of a cow that was involved in a collision with a tractor-trailer was given notice that the cow had traveled 12-15 miles from his farm. Though his fences were in repair and had no reason to believe the cow could escape, the Court questioned whether his actions constituted timely round-up after learning of its escape. As a result, the Court  could not determine if absolving him of liability for the injuries sustained by the driver of the tractor-trailer was appropriate.  Therefore, if your neighbor called and informed your cattle are loose or on the highway some time before the accident, yet you don’t round them up quick enough, you might still be liable for the driver’s injuries.

Thus, while liability for personal injuries arising from a cow with wanderlust is not clear cut in Nebraska, it’s important to recognize that liability for such injuries is something to be mindful of. For cattle owners, this might mean taking extra steps to ensure cattle are accounted for, properly confined, and returned to its confines quickly in the event of an escape. Therefore, by informing yourself of what the law requires of you and ensuring you have adequate safety measures in place, the next time your cows escape, there’s no reason to “have a cow.”