On March 12, 2020, the Chief Justice of the Nebraska Supreme Court issued an Administrative Order.  No Nebraska court shall close unless or until the Chief Justice has issued an order declaring a nonjudicial day.  However, courts and probation offices are instructed to devise and implement emergency preparedness plans to carry out mission essential functions.

The Nebraska Association of County Officials has asked local courts to postpone trials and hearings, limit participants in the courtrooms, and restrict people who may pose a health risk.

Based on the Chief Justice’s Order and the County Officials’ recommendations, Nebraska courts have implemented the following orders:

The Nebraska Supreme Court will conduct oral arguments using technology for its April cases.  The Chief Justice will be in the Courtroom as usual, and the remainder of the Justices and the attorneys will participate in the oral arguments by telephone.

The Nebraska Court of Appeals is carefully monitoring the evolving circumstances and is considering submitting cases on the April 2020 Call without oral argument.

In Sarpy County, the Office of the District Court will be closed temporarily beginning March 25, 2020 and some services will be limited during this time, because they are working remotely.

The Juvenile Court of Sarpy County have continued all matters currently pending (continued to a date to be determined by the Court).

The District Court of Lancaster County will have hearings conducted via video or teleconference only until further notice.

The District Court of Lancaster County is limiting simultaneous physical presence in the courtroom to no more than ten persons, consisting of judiciary and staff, lawyers and parties, and witnesses called into courtrooms only as needed.  This order will be in effect until further notice.

The County Court of Lancaster County has ordered that criminal and traffic matters currently scheduled with the Court for arraignment are continued for a period of approximately 60 days.  The Clerk of the Court will reschedule cases for arraignment and notify parties and/or counsel of their new arraignment date, time and location.

The County Court of Lancaster County has suspended the execution of failure to pay warrants from May 27, 2020 to and including June 30, 2020.  Additionally, from March 27, 2020 to and including June 30, 2020, the Court has suspended the execution of warrants for individuals with corresponding case numbers included on a list attached to the order.

Both the County and District Courts of Douglas County have suspended jury trials through May 1, 2020.

Civil jury trials are continued through May 1, 2020, to a future date by order of the court.  Bench trials may be conducted on the record in person with no more than ten essential persons in the courtroom at one time, or by video conference.  Protection order hearings may be in person with only essential persons or by videoconferencing.  Hearings and stipulated matters may be done by teleconference or videoconference at the direction of the court.  Attendance in courtrooms is limited to only attorneys, clients, and essential persons.

The Separate Juvenile Court of Douglas County, Nebraska is temporarily suspending all in-Court hearings through April 10.

All other non-evidentiary civil matters scheduled in courtroom 20 after March 20 but before April 20 shall be continued by order of the Court approximately 45 days.

For probate, all show cause hearings, estate matters, and non-emergency appointments of a Guardian or Conservatorship scheduled for March or April shall be continued.  All petitions for emergency temporary or permanent appointments of a guardian or conservator will be held via video conference if available, telephone, or in person at the discretion of the Court.

All adoptions shall proceed as scheduled unless a party requests a continuance.

Ex-parte requests for protection orders shall be forwarded to the court via email or placed on SIGNDESK for review.  All evidentiary hearings shall be heard via video conference or in person at the discretion of the court.

US District Court for the District of Nebraska – (Nebraska Federal)

All continuances are extended to include all proceedings set to begin on or before May 1, 2020.

All civil matters scheduled for a jury trial are continued pending further order of the Court.  Any civil matter presently scheduled for an in-court appearance before a district, magistrate or bankruptcy judge in the District of NE between March 17 and April 3 will be continued pending further order of the Court.  However, any hearing where appearance by alternate means has already been made available to the parties shall proceed as scheduled using alternate mode of appearance.

While some counties have announced courthouse closings, the Iowa Judicial Branch will continue to operate.  All 100 clerk of court offices remain open to the public during regular business hours.  Clerk of court offices and courtrooms are open for criminal and emergency cases that cannot be conducted by videoconference or telephone. In counties where the courthouse or county offices have closed or reduced hours, special arrangements may be required to enter the courthouse.

Supreme Court March and April Oral Arguments: The supreme court has cancelled oral arguments for the rest of March and for April but will be deciding those cases. The cases will be submitted without oral argument.

Oral arguments scheduled in April and May 2020 will be continued by separate order.

All civil jury trials that have not commenced as of March 13 and that are scheduled to begin before May 4 shall be continued to a date to be determined at a future time.  All civil bench trials and other hearings set to commence before May 4 shall be either continued to a date no earlier than May 4 or conducted by telephone, at the discretion of the judge.  Judges have discretion to use video or teleconferencing for proceedings.

The operation of Iowa Rule of Probate Procedure 7.6 concerning the 2 delinquency of final reports and attorney discipline in delays to estate closures has been temporarily suspended.

The public hours for court operations in both the Cedar Rapids and the Sioux City courthouse will be 9am-4pm.

On March 30, the Court authorized, upon its on own motion, the use of video tor telephone conferencing for criminal procedures specifically enumerated in Section 15002(b)(1) of the CARES Act.  However, felony plea and sentencings hearings will continue to be conducted in person, although the Court is willing to entertain motions to continue in particular cases.

The Court has suspended grand jury sessions for March and April.  The Court has decided to suspend all jury trials through May 4.  Non-jury trials and other hearings may be conducted at the discretion of each judge.

The Clerk’s Office will remain open to receive paper filings and payments, which should be placed in a locked drop box at the entrance of the Des Moines, Council Bluffs, and Davenport courthouses.

US Court of Appeals for the Eighth Circuit

Effective immediately, the court is suspending the requirement for paper copies of electronically filed briefs and addendums. The paper-copy requirement will be reinstituted at a later date, and the parties will be required, upon notice from the clerk, to file paper copies of any brief or addendum filed electronically during this period of suspension. Counsel should continue to serve paper copies on parties not participating in CM/ECF. Pro se parties not filing their documents through CM/ECF must continue to file a paper copy of their briefs, addendums, and petitions for rehearing with the clerk. The paper copies may be submitted by regular mail or fax.

Additionally, the public is not being admitted to the Eighth Circuit Clerk’s Office at the present time. If you come to the courthouse to file a document, the Court Security Officers will provide you with information regarding where to deposit your document for retrieval by the clerk’s office staff.

The April 2020 Calendar will consist of cases to be submitted without oral argument and cases to be argued through teleconference. 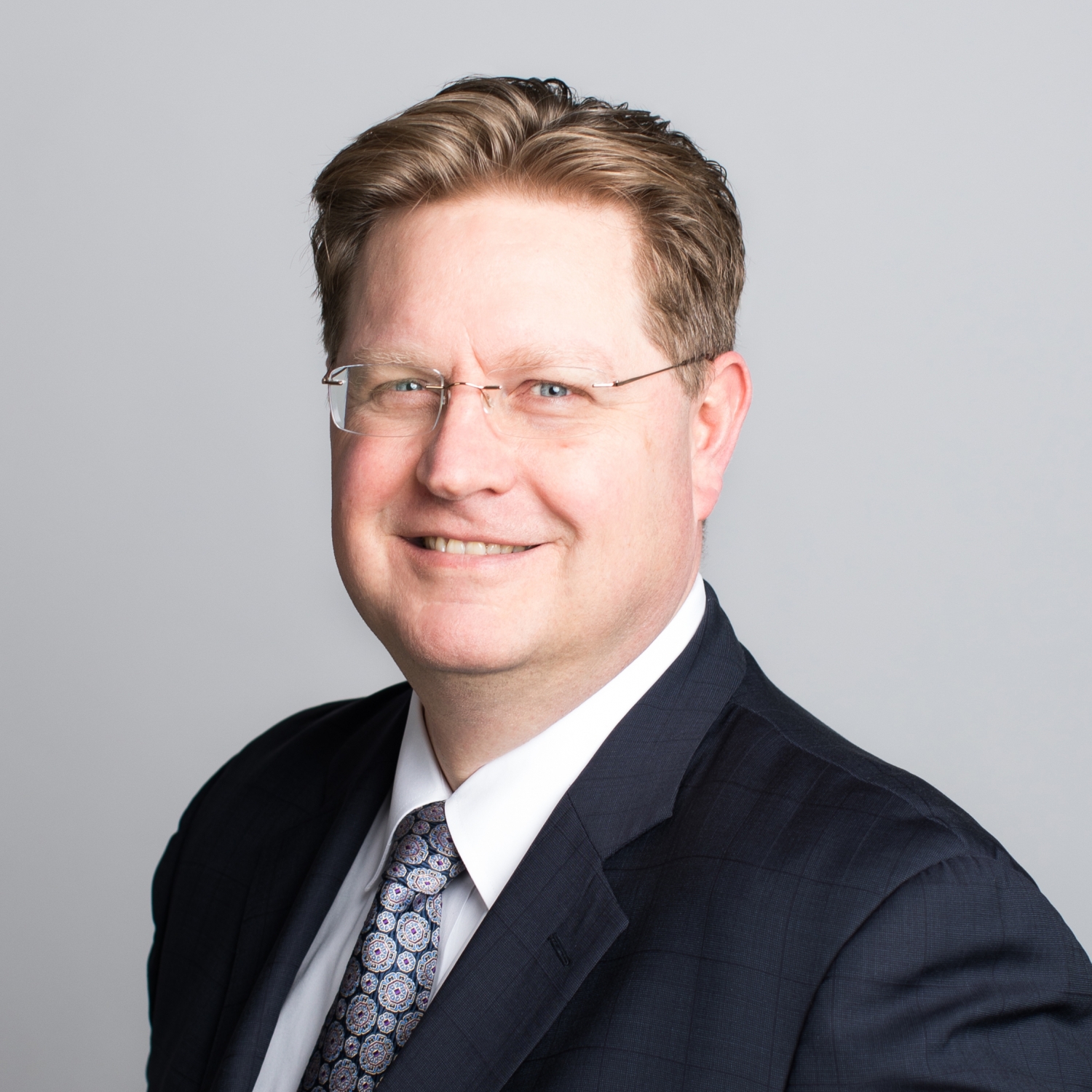