U.S. Supreme Court Set to Tell Us Specifics of What is Required for Specific Personal Jurisdiction 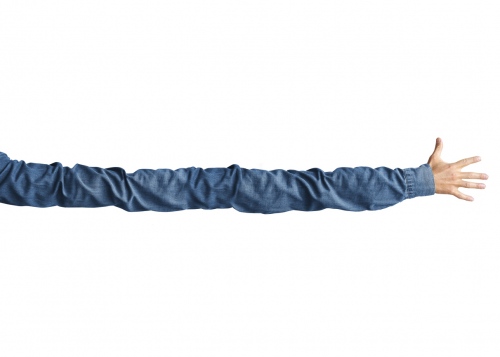 The long arm of personal jurisdiction.

As our nation’s economy becomes increasingly interconnected, the concept of personal jurisdiction—which governs when a court can constitutionally bind a defendant with a judgment—has become all the more important. This is especially true in an era of litigation tourism where the venue in which a case has been filed can significantly impact the quality of justice the parties receive. In the past decade, the United States Supreme Court has curtailed the venues in which a defendant can be sued. Just recently, the Court announced it would again take a look at the issue where it granted review in two more cases to provide further guidance regarding when an out-of-state defendant can be sued in a state’s courts.

Both cases involve car accidents and have generally the same fact pattern. The petitioner, Ford Motor Company, markets and sells its cars in all states. But the cars that were involved in the subject accidents were not developed, designed, or sold in the states in which the accidents later occurred. Stated differently, the cars were initially sold in State A and were later involved in accidents in State B. Although Ford sells the same types of cars in State B, the specific cars involved in the accidents were not originally sold there; the cars ended up there after the purchasers moved or sold the cars to subsequent purchasers. Victims of the accidents sued Ford in State B’s courts on product liability theories. The question before the Supreme Court is whether State B’s courts have specific personal jurisdiction over Ford to hear the case, as the lower courts concluded.

The concept of personal jurisdiction is rooted in the Constitution’s Due Process Clause. The Supreme Court has explained: “A state court’s assertion of jurisdiction exposes defendants to the State’s coercive power, and is therefore subject to review for compatibility with the Fourteenth Amendment’s Due Process Clause.” Goodyear Dunlop Tires Operations, S.A. v. Brown, 564 U.S. 915, 918 (2011). The court has emphasized that state courts may exercise personal jurisdiction over an out-of-state defendant only if the defendant has sufficient “minimum contacts” with the state, such that the suit does not offend “traditional notions of fair play and substantial justice.”

“The inquiry whether a forum State may assert specific jurisdiction over a nonresident defendant ‘focuses on the relationship among the defendant, the forum, and the litigation.’” Walden v. Fiore,  134 S. Ct. 1115, 1121 (2014). “For a State to exercise jurisdiction consistent with due process, the defendant’s suit-related conduct must create a substantial connection with the forum State.” Id.

The first component of the relationship among the defendant, the forum, and the litigation requires the relationship be based in contacts which the defendant himself created with the forum State. The Court has explained due process requires that a defendant be brought into court in a forum State based on his own affiliation with the State, not based on the random, fortuitous, or attenuated contacts he makes by interacting with other persons affiliated with the State.

The Supreme Court’s review is necessary, as lower courts around the country have been inconsistent with what they require in terms of a relationship between the suit’s allegations and the defendant’s forum-related contacts. Some courts have defined the test to state that there must be a causal connection “intimate enough to keep the quid pro quo” between a defendant’s enjoyment of the forum and its susceptibility to suit in such forum “proportional and personal jurisdiction reasonably foreseeable.” O’Connor v. Sandy Lane Hotel Co., Ltd., 496 F.3d 312, 323 (3d Cir. 2007). Other courts, however, have applied a less stringent requirement.

Given the national scope of our economy and the costs of litigating in far-away jurisdictions, the concept of personal jurisdiction seeks to strike an important balance. Defendants who avail themselves of a state’s marketplace generally should be subject to suit in that jurisdiction in at least some cases. But what if the defendant’s contacts in the forum are completely unrelated to the plaintiff’s allegations? Does Due Process allow a plaintiff to nevertheless drag the defendant in to court to defend such suit? This question is immensely important to businesses who provide services or products to multiple states. Given the importance of the question to so many American businesses, it is good that the Court will provide further guidance. A ruling in the two cases is expected by the end of June 2020.

Dan Hassing has briefed motions for lack of personal jurisdiction all over the United States, obtaining both voluntary and involuntary dismissals. Through his experience in litigating these issues over the past several years, Mr. Hassing has become versed in the latest developments and nuances of the law of personal jurisdiction. If you are an out-of-state defendant who has been sued in Nebraska or Iowa, contact Mr. Hassing to ensure your Due Process rights are protected.