You Can’t Say That on TM 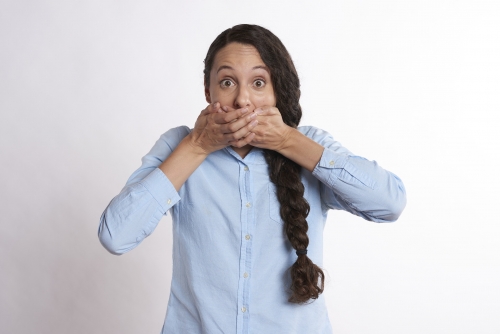 Last month, the United States Supreme Court heard oral argument in Iancu v. Brunetti, 18-302, a fascinating case examining the intersection of the First Amendment and federal trademark law. At issue is whether Section 2(a) of the Lanham Act’s prohibition on the federal registration of “immoral” or “scandalous” trademarks is facially unconstitutional under the First Amendment.

To understand the implications for Iancu, a little background is necessary. First, trademarks. Trademarks are marks that are used in commerce to distinguish the source of goods. For instance, when you see a swoosh on your shoes, you know that is a Nike product. Likewise, when you see an apple on an electronic, you know that that is an Apple product. Businesses use trademarks because those marks signify who manufactured or distributed the good. And that, in turn, conveys information about the item, such as its quality or how “cool” it may be.

The Lanham Act, 15 U.S.C. §§ 1051 et seq., is the federal statutory framework that governs the registration of trademarks. While trademark rights exist at common law, the Lanham Act provides an additional protection as well as extensive remedies for the infringement or dilution of trademarks. A federal trademark also opens the door to federal court jurisdiction when the mark is infringed or diluted.

But not every idea you may have for a trademark is registrable under the Lanham Act. Section 1052 includes a number of types of marks that are not registrable under the Act. For instance, § 1052(b) prohibits the registration of marks that “consist of or comprise the flag or coat of arms or other insignia of the United States, or of any State or municipality, or of any foreign nation, or any simulation thereof.” Another subsection prohibits the registration of marks consisting of a portrait of a deceased President while the President or his widow is still alive.
Section 1052(a), however, has been getting the most attention as of late. This section provides that a mark may be refused for registration if it:

“Consists of or comprises immoral, deceptive, or scandalous matter; or matter which may disparage or falsely suggest a connection with persons, living or dead, institutions, beliefs, or national symbols, or bring them into contempt, or disrepute; or a geographical indication which, when used on or in connection with wines or spirits, identifies a place other than the origin of the goods and is first used on or in connection with wines or spirits by the applicant on or after one year after the date on which the WTO Agreement (as defined in section 3501(9) of title 19) enters into force with respect to the United States.”

Thus, § 1052(a) provides a means by which the Patent and Trademark Office, the government agency responsible for approving marks for registration, may refuse registration for marks that are “immoral” or “scandalous” or that disparage people, institutions, belief, or national symbols.

Congress shall make no law respecting an establishment of religion, or prohibiting the free exercise thereof; or abridging the freedom of speech, or of the press; or the right of the people peaceably to assemble, and to petition the government for a redress of grievances.

At issue in Iancu is whether by bestowing powerful rights on some trademarks but not on trademarks that are “immoral” or “scandalous,” Congress has impermissibly “abridged” the freedom of speech.

Iancu comes in the wake of the Supreme Court’s decision in Matal v. Tam, __ U.S. __, 137 S. Ct. 1744 (2017). Matal was a case brought by a group of Asian-American musicians who wished to obtain federal registration for their band’s name, “The Slants.” The Patent and Trademark Office denied the band’s application, pointing to a provision in Section 2(a) of the Lanham Act that prohibited the registration of marks that “disparage . . . or bring . . . into contemp[t] or disrepute” any “persons, living or dead.” In other words, because the name “the Slants” could be disparaging of Asians, it was not registrable under the Lanham Act.

In Matal, the Supreme Court unanimously held that Section 2(a)’s prohibition on the registration of marks that “disparage . . . or bring . . . into contemp[t] or disrepute” people was unconstitutional, although the Court was divided as to why. Applying a relaxed tier of scrutiny, Justice Alito’s opinion concluded that the ban failed to serve “a substantial interest” and was not “narrowly drawn” to advance that issue. The Court rejected the two “substantial interests” the Government set forth—protecting from ideas that offend and protecting the orderly flow of commerce. The Court found the former inconsistent with its First Amendment cases and found that the disparagement clause did not further the latter interest.

It is arguable that the clause at issue in Iancu can withstand a facial challenge to its constitutionality. Matal is distinguishable from Iancu, which focuses on a different clause within § 1052(a). For one, the viewpoint discrimination rationale of Matal is likely inapplicable to the scandalous or immoral clause. After all, barring marks that that are “scandalous” or “immoral” does not necessarily take a side in a debate like a ban on disparaging marks arguably does.

Furthermore, there are likely constitutional applications of the immoral or scandalous clause. After all, obscene speech is a categorical exception to First Amendment protections. See State v. Drahota, 280 Neb. 627, 788 N.W.2d 796 (2010) (noting that the First Amendment does not protect certain categories of speech such as libel, obscenity, incitements to imminent lawlessness, true threats, and fighting words). To the extent that “immoral” or “scandalous” marks include obscene marks, there would be a constitutional means by which registration could be refused. But even then, the statute may be impermissibly vague. We will have to wait for the parties’ briefs to see how the parties wrestle with these questions.

Another point important to predicting how Iancu may come out is that the membership of the Court has changed. Justice Gorsuch did not participate in Matal and Justice Kavanaugh has since replaced Justice Kennedy, who authored an opinion rooted in the rationale of viewpoint discrimination. Whether Justices Gorsuch and Kavanaugh will sign on to Justice Alito’s rationale in Matal may be the key consideration in predicting how Iancu may come out.

Finally, Iancu has important implications. If “immoral” or “scandalous” marks are now registrable under the Lanham Act, one could reasonably expect a surge in the applications for the registration of profane marks and others that we might have to shield our children’s eyes from. The mark at issue in Iancu—“FUCT”—may be just the tip of the iceberg. While many businesses will remain conservative in their marketing for fear of alienating potential customers, edgier participants in the marketplace may view it as open season on the registration of marks that previously were un-registrable.

Additionally, Iancu may also shed light on how the Supreme Court may continue to apply a robust First Amendment in evaluating other business regulations. Coming on the heels of decisions like Janus v. Am. Fed. Of State, County, and Mun. Employees, Council 31, 585 U.S. __, 138 S. Ct. 2448 (2018), Iancu may become another federal statute governing the marketplace that is stricken down on First Amendment grounds.

Since oral argument in Iancu occurred on April 15, the Court’s decision should be handed down by the end of June.