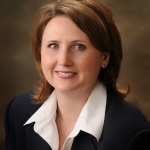 LDM Partner Cathy Trent-Vilim continues her discussion of her recent case in this post.

You read in Part I of Werner v. Platte County how the Nebraska Supreme Court affirmed the trial court’s ruling that statements by Mr. Werner made to the EMT while at the scene of the accident qualified for the excited utterance exception to the hearsay rule.  The purpose of this post is to discuss why similar statements made to a Nebraska State Patrol officer only a few hours later at the hospital were declared inadmissible hearsay, and why the trial court’s erroneous admission of that evidence did not warrant a new trial.

After being airlifted to a hospital, Mr. Werner was questioned by a trooper from the Nebraska State Patrol, which Platte County had called in to investigate the accident.  Although he does not recall the event, Mr. Werner informed the officer that:

The trooper testified to each of these statements over the County’s objections.

On appeal, the Nebraska Supreme Court rejected Werner’s position that these statements were also excited utterances.    Despite the fact that he was still reeling from the immediate effects of the accident, the court determined that too much time had elapsed since the accident for the statements to be excited utterances.  Further, the statements were made in direct response to questioning by law enforcement and therefore did not meet the spontaneity element.  Finally, although Mr. Werner had been medicated, was discussing his likely paraplegia with the medical team, and was still unaware of the driver’s condition, the trooper also testified that Mr. Werner was alert, conscious and responsive.  As a result, the excited utterance exception did not apply (the court also rejected arguments that the statements were prior consistent statements, verbal acts, or statements of Mr. Werner’s state of mind).

The determination that the evidence had been admitted in error, however, did not end the court’s analysis.  To constitute reversible error, the County had to demonstrate that the erroneous admission of the evidence was unfairly prejudicial to a substantial right.  The County argued that the trial court’s reference to, and reliance upon, this evidence demonstrated undue prejudice.  But erroneously admitted evidence is not prejudicial if it is cumulative of other admissible evidence.  In this case, the EMT’s testimony about similar statements made at the scene was properly admitted.  Additionally, the trooper’s testimony about the identity of the driver was a “relatively small” part of the total evidence the trial court relied upon in deeming Mr. Werner a passenger and in finding Mr. Werner’s testimony credible.

In the end, the trooper’s testimony was a case of ‘no-harm, no-foul.’  Should you find yourself in a similar position, where the opposing party is arguing that testimony was improperly received, be sure to scour your appellate record and look for instances of similar evidence.  Even if your trial evidence was improperly received, you may be able to avoid re-trial court on the basis of the cumulative evidence rule.