Vacating Crop Insurance Arbitration Ruling: Is it 3 Months or 1 Year? 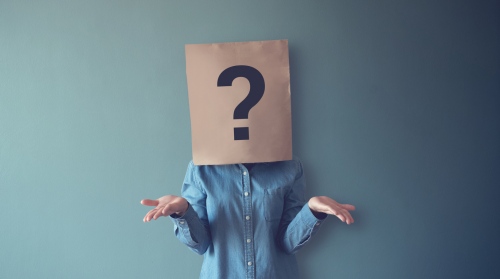 Admittedly I keep going back to the well.  Maybe it is because the rules and procedure for arbitrating a crop insurance claim are too complicated.  Or maybe it is a dead horse and I need to get past feeling the Nebraska Supreme Court improperly ruled against my client in an arbitration claim in 2017.

In that case, Karo v. NAU, an arbitrator ruled against the Karos in a prevented plant crop insurance claim.  However, the Karos successfully motioned the District Court to overturn the arbitrator’s ruling because the arbitrator exceeded his authority.  Unfortunately, NAU successfully reversed the District Court’s order through an appeal to the Nebraska Supreme Court.  The Supreme Court found the Karos failed to bring the motion to vacate the arbitrator’s ruling within the 3 month deadline of the Federal Arbitration Act (FAA).  Interestingly, NAU never argued the Karos’ motion to vacate the arbitration award was filed out of time.

The Nebraska Supreme Court’s application of the 3 month FAA deadline directly contradicts the terms of the Multi-Peril Crop Insurance policy (MPCI).  The MPCI provisions are written pursuant to federal regulations under the Federal Crop Insurance Act and are standard across the country.  The MPCI provides that a party to a crop insurance arbitration has 1 year to request a judicial review to vacate or modify an arbitration award.  The Nebraska Supreme Court decided that the parties to a MPCI policy are governed by the deadlines of a statute not referenced in the MPCI and which directly conflicts with the standard provisions of the policy.  I am left to wonder how any producer would know or expect the specific terms of a federally created policy, which the producer consented to be bound, would not apply.

Since the Karo ruling, I continued to review court opinions regarding crop insurance arbitration claims and have discovered some vindication.  In 2018, the United States District Court for the Western District of Pennsylvania found that the MPCI’s 1 year deadline superseded the FAA’s 3 month deadline.  In Overdorff v. NAU, Overdorff brought a motion for judicial review exactly 1 year after an arbitrator’s decision.  Likely relying on the Karo decision, NAU argued Overdorff’s request for judicial review must be dismissed because it was not filed within the FAA’s 3 month deadline.  The Pennsylvania court disagreed and emphasized that the FAA requires arbitration agreements be rigorously enforced according to their terms, including “the rules under which that arbitration will be conducted.”  Id. 2018 U.S.Dist. LEXIS 127334 *12.  Consequently, Overdorff timely filed his request for judicial review.

So, yeah, I am not over it.  More importantly, these cases illustrate the problems producers face in navigating the mine field of crop insurance arbitration.  Considering the MPCI is a nationally standardized policy, the producer should not have to guess which deadline the court will enforce.  Nor should the deadline depend on which state the producer brings the claim.