If You Can’t Get In Through the Front Door, Go Through the Back Door: Cross-Appealing on a Petition for Further Review 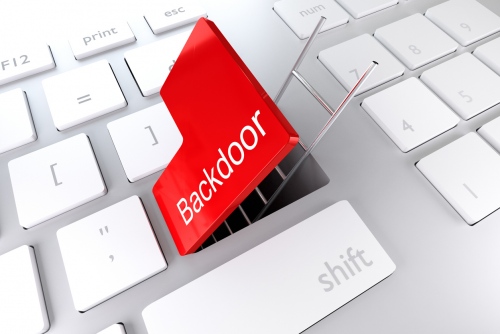 Last week the Nebraska Supreme Court decided an interesting appellate jurisdictional question. In Picard v. P& C Group I, 306 Neb. 292, the Supreme Court confronted allocation in a worker’s compensation case. The plaintiff had twice suffered work-related injuries, each to a different body part. Both injuries resulted in permanent partial disability and loss of earning capacity. The question was whether the worker’s compensation court could apportion any loss of earning power benefits attributable to her earlier injury toward any benefit due and owing for loss of earning power caused by the later injury. The Court of Appeals sustained the decision of the worker’s compensation court (which did not apportion) except as to the plaintiff’s entitlement to attorney fees, penalties and interest.

When Rejected at the Front Door, Go Through the Back Door

The denial, however, did not stop the plaintiff or her attorneys. When the parties filed supplemental briefs addressing the issue on further review, the plaintiff filed a cross- appeal. Her cross-appeal raised the exact same issue as her PFR, which the Supreme Court denied.

Second, make sure you know your appellate procedural rules. And even when you think you know them, take the time to review the rules with a fresh set of eyes. Had the plaintiff’s attorneys not done so, they may have treated the PFR denial as the end and not cross-appealed at all.

That leads to the third and final takeaway: even if you can do something it does not necessarily mean you should do it. There was a reason why the Supreme Court denied the plaintiff’s PFR. Though not impossible, it was improbable the court would deny the PFR but then agree with her position on cross-appeal.