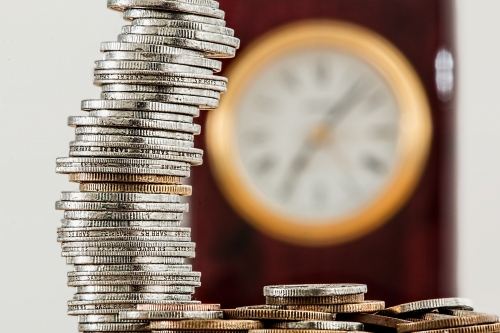 For some time, Nebraska case law on prejudgment interest has been a quagmire for both attorneys and litigants. Answers to whether, and under what circumstances, litigants could recover prejudgment interest on unliquidated breach-of-contract claims varied. Some cases said certain procedural processes had to be satisfied; others left the question open. It was also unclear how two statutes that both address prejudgment interest — Neb. Rev. Stat. §§ 45-103.02 and 45-104 – interplayed with one another.  While each statute was, on its face, clear, reconciling the two had proven difficult. Certain cases suggested § 45-103.02 trumped its predecessor, § 45-104. See, e.g., Roskop Dairy, L.L.C. v. GEA Farm Techs., Inc., 292 Neb. 148 (2015). Dissenting opinions, however, suggested both statutes survived independent of the other and provided alternative means to obtain prejudgment interest. See Knox v. Cook, 233 Neb. 287, 396 (1989) (Grant, J., dissenting).

The law was also unclear in two other respects: (1) whether the procedural requirements set forth in Neb. Rev. Stat. § 45-103.02 applied to all claims for prejudgment interest (including § 45-104, which had no procedural components); and (2) whether a claim had to be “liquidated” in order for prejudgment interest to be awarded. A claim is “liquidated” when both liability for the claim, and the amount of the claim, are not reasonably disputed. Farm & Garden Ctr., L.L.C. v. Kennedy, 26 Neb. App. 576, 603-04 (2018). The only applicable exception, and the only means for getting prejudgment interest on an unliquidated claim under § 45-103.02, is where the plaintiff offers to settle, the defendant rejects the offer, and then the plaintiff receives a verdict exceeding its offer.

The Case
Fortunately, the commercial litigation and appellate attorneys at Lamson, Dugan and Murray helped clarify Nebraska law on behalf of their client, Mr. David Weyh. In Weyh v. Gottsch, 303 Neb. 280 (2019), the litigants, David Weyh and Barry Gottsch, had known each other for many years. They entered into an oral agreement to farm Gottsch’s farmland. attorneys Under the parties’ agreement, Gottsch would provide the land, some of the equipment, and keep the books. Weyh would do all the farming and provide the labor. The arrangement would continue indefinitely until one or the other decided wanted to terminate the agreement. Profits would be split 50-50.

The operation lasted for a decade. After Gottsch terminated the relationship, the parties disagreed over the original terms of the agreement and the amount of profits to be divided. Weyh filed suit. He alleged entitlement to prejudgment interest under § 45-104, which allows prejudgment interest in four instances. One instance is on “money received to the use of another and retained without the owner’s consent, express or implied, from the receipt thereof.” Under § 45-104, interest accrued at the rate of either 12% per annum or an amount agreed upon by the parties. By its own terms, § 45-104 had no requirement that claims be liquidated. Weyh argued this provision applied to all of Weyh’s 50% share of the profits Gottsch had held in his own personal bank account and that Gottsch had commingled with monies from his other business ventures.

The Trial Court’s Decision
The trial court found for Weyh and awarded him nearly $1 million in prejudgment interest. After Gottsch appealed, both sides sought to bypass the Court of Appeals and get the issue directly before the Nebraska Supreme Court. The court accepted the bypass motions and assigned the case to its own docket. Seven months after oral arguments, the court issues its much-anticipated opinion.

Though Gottsch assigned eight distinct errors, the court devoted nearly half of its 38-page opinion to the prejudgment interest question. As the court noted, “[t]he unresolved tension between §§ 45-103.02(2) and 45-104 is central to the parties’ arguments, and they are not the first litigants to grapple with the issue. Resolving that tension requires that we recognize, and reconcile, competing and contradictory lines of authority in our own jurisprudence.” 303 Neb. at 303.

The Supreme Court’s Analysis
After outlining these conflicting authorities, the court made it clear that Neb. Rev. Stat. §§ 45-103.02 and 45-104 provide independent means for recovering prejudgment interest. As a result, a party can obtain prejudgment interest on certain categories of claims even if those claims are unliquidated and even if the procedural requirements of § 45-103.02 are not met.

After decades of confusing and inconsistent rulings, Nebraska law is now clear: prejudgment interest is available under § 45-104 at the rate of 12% per annum on any claim for (1) money due on any instrument in writing; (2) settlement of an account from the day the balance is agreed upon; (3) money received to the use of another and retained without the owner’s consent, express or implied, from the receipt thereof; and (4) money loaned or due and withheld by unreasonable delay of payment. Neb. Rev. Stat. § 45-104. This is true even if liability, the amount of damages, or both are genuinely disputed.

Although the Supreme Court revised how the trial court calculated the prejudgment interest, its affirmation that prejudgment interest may be awarded under § 45-104 on certain unliquidated claims is a game-changer. Defendants in contract actions may need to reevaluate the pros and cons of protracted litigation of disputed claims where interest can be awarded under § 45-104.

You can read the full text (issued June 7) here.