Nebraska Court of Appeals Slogs Its Way Through the Jurisdictional Bog 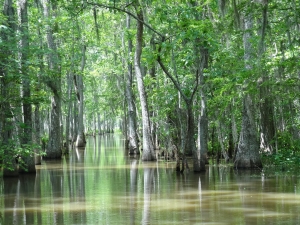 Almost two years ago I wrote about the “swamp” of appellate jurisdiction in family law cases.  Unfortunately, the statutes have gone unchanged, and so the appellate courts continue to slog their way through the swamp, trying to explain why one order by the court is not final and another one is.  It’s a complicated dance.

Just yesterday, in In re Interest of Jaydon W. & Ethan W., 25 Neb. App. 562, – – N.W.2d — (February 20, 2018), the Court of Appeals put on its dancing shoes and did the dance once more.  That case involved a divorced father whose children had been removed from their mother and sought custody of his children. The trial court decided that because the father had been absent for two years (in part because of a protective order that had been entered against him that forbade him from having contact with children), he had forfeited his right to custody.

Before the Court of Appeals could reach the merits, it first had to establish whether the trial court’s order was “final” for appeal purposes.  Specifically, the Court had to decide whether the denying the father’s April 2017custody motion was a final order, or whether it was simply a continuation of the trial court’s order denying a similar motion filed back in January 2016 (and also denied). As the Court explained, “A review order does not affect a parent’s substantial right if the court adopts a case plan or permanency plan that is almost identical to the plan that the court adopted in a previous disposition or review order. Thus, a dispositional order which merely continues a previous determination is not an appealable order.” 25 Neb. App. at 569.

As to the denial of the father’s April 2017 motion, the Court concluded it was not merely a continuation of the prior denial. Between the time the trial court ruled on the January 2016 motion, and the filing of the April 2017 custody motion, the facts had changed. The father had moved to where the children had lived with their mother, had been exercising visitation rights (including overnights), had completed a psychological evaluation and parenting risk assessment, and was gradually “transitioning to playing a larger role in their lives.” Id.  Given this, the order denying the April 2017 custody motion was a final, appealable order.

So as to not leave you in suspense, the Court went on to address the merits of the case and concluded that the trial court made a mistake in finding that the father had forfeited his right to custody. The law favors the placement of children with their parents, so “unless it has been affirmatively shown that a biological or adoptive parent is unfit or has forfeited his or her right to custody, the U.S. Constitution and sound public policy protect a parent’s right to custody of his or her children.” 25 Neb. App. at 572.

If you want more information on the jurisdictional swamp of family law, check out my article at https://www.linkedin.com/pulse/navigating-swamp-appellate-jurisdiction-nebraska-cathy-trent-vilim/.