You did what?! Five Lessons for What to Do – and Not Do – As an Attorney 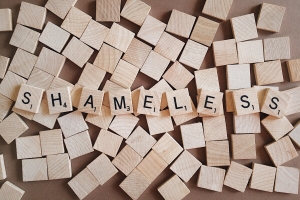 When you practices in the area of legal malpractice defense, you get to see all of the creative ways attorneys get themselves in trouble, or find themselves on the receiving end of a malpractice suit or disciplinary proceedings. Most recently, I came across the story of an Ohio attorney who was indefinitely suspended by the Ohio Supreme Court after being convicted of unauthorized use of his client’s property (a fourth degree felony).

The 37 year-old attorney’s foray into feloniousness began in August 2010, when he met a woman at the county jail who had been arrested after marijuana was found growing in her basement.  The woman told the attorney she did not currently have the money to pay him to represent her, but was willing to sell a piece of land in order to pay his legal bills.  The attorney advised her to transfer the land to him. The client did so, believing the attorney would sell the land, take out his legal fees, and pay her the difference.  Instead, the attorney sold the land (netting $127,767 from the sale), failed to disclose the sale to his client, and kept all of the proceeds. He did so even though he had provided only $9,000 in legal services.  When she attempted to contact the attorney about the sale, he did not return her calls and canceled appointments she had made with his staff. He eventually told her she was not entitled to any portion of the sale proceeds because he had agreed to accept the land as a flat fee for his representation.

Though the client eventually received her portion of the sales proceeds (six years later), her recovery did not stop the Ohio Supreme Court from disciplining him for his numerous violations of the rules of professional conduct, including the rule governing transactions with clients, keeping one’s client reasonably informed of the status of their matter, and charging an excessive fee. Surprisingly, instead of disbarring the attorney, the Ohio Supreme Court indefinitely suspended him, but ordered that he could not seek reinstatement until he successfully completed or was released from the five year “community control” sanction imposed as part of his criminal sentence.

The Ohio attorney’s situation teaches us some important lessons. Below are a few, as well as a few other key principles to guide you.

You can read the Ohio Supreme Court’s opinion at http://www.springfieldnewssun.com/news/urbana-lawyer-suspended-ohio-supreme-court-for-legal-malpractice/VD7Ibh76zNvQwL5V9ZSDXL/.