“Nebraska Nice”? Some Say Not As Friendly As Before 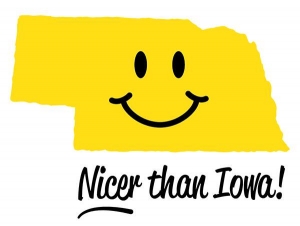 This year’s survey was based on telephone and online surveys of 1,321 in-house counsel, senior litigators or attorneys, and other senior executives knowledgeable about litigation matters at public and private companies with annual of at least $100 million. They were asked to give each state a grade (A through F) in the following areas:

These elements were then combined to create an overall ranking of the states’ liability systems.

Historically, Nebraska has fared well in the survey. In the prior 10 iterations of the report, Nebraska ranked No. 2 among the 50 states six times, and ranked 3rd three times.

This year, however, Nebraska dropped four ranks: from 3rd in 2015 to 7th in 2017. It is, in fact, Nebraska’s worst ranking since the survey began. Fear not, though, as the report indicates that there have been changes in the overall ranking criteria, such that the 2017 score “does not provide an apples-to-apples comparison to previous years.”

Beyond the overall score, it is telling to look at how Nebraska ranked in the individual elements. In most areas, Nebraska’s rank in a particular area was comparable to its overall rank.  But there were a few outliers.  For example, it ranked “18” in Enforcing Meaningful Venue Requirements; “11” in Damages, “15” for Juries’ Fairness, and “17” for Quality Appellate Review.

The State’s ranking vis-à-vis Quality Appellate Review is especially surprising considering that Nebraska achieved ranks of “7” and “6” for Trial Judges’ Impartiality and Trial Judges’ Competence, respectively.  It is unclear why Survey respondents believe there to be a disconnect between the quality of our trial court judges and the quality of our review at the appellate court level.

If you would like to review the entire survey, you may find it here.

P.S. As between Nebraska and Iowa, Nebraska is still “Nicer than Iowa,” as Iowa achieved an overall rank of 13.