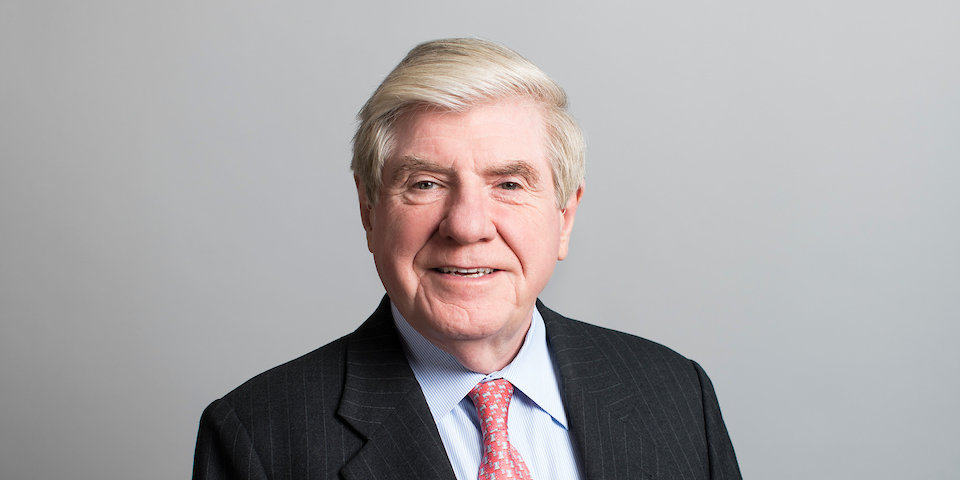 From 2001-2013 Honorable Ben Nelson served two terms representing the State of Nebraska in the United States Senate. He did not seek a third six-year term and was selected Chief Executive Officer of the National Association of Insurance Commissioners (NAIC) from 2013-2016 based on his unique combination of executive, legislative, and state insurance regulatory experience.

Honorable Nelson began his career in state insurance regulation October 1, 1965, with the Nebraska Department of Insurance as Supervisor of Claims and Inquiries. He was promoted to Compliance Director responsible for insurance industry compliance with Nebraska Insurance laws and regulations. In 1975 he was appointed by the Governor as Director of Insurance for Nebraska. He continued to impart his already extensive experience in insurance and insurance regulation in the insurance industry first as Vice President and General Counsel, and then as CEO of the Central National Insurance Group of Omaha.  Then in 1982 Nelson was selected as Chief of Staff and Executive Vice President of the NAIC to manage the transition of the NAIC Central Office from Milwaukee, Wisconsin to Kansas City, Missouri.  Completing the transition in 1985 Nelson left the NAIC to begin his campaign for Governor of Nebraska.  In 1990 he was elected Governor and re-elected to a second term in 1994 by nearly 75% of the vote. As Governor, he balanced eight straight budgets with three tax cuts while maintaining the lowest unemployment rate of all the states for eight years. He left as Governor with an 80% approval rating and record balance in the state’s general fund and rainy-day account. As Governor he was actively involved with the Nebraska State Insurance Director, a member he appointed to his cabinet, on numerous insurance regulatory matters.

In the U. S. Senate, he was considered by his colleagues the point person on state insurance regulatory issues, including a key role securing state oversight on the Affordable Care Act.

Serving on the Senate Agriculture Committee, Honorable Nelson’s priorities began with the drought that had plagued the U. S. for the eight years prior to his election. He worked to make disaster relief a part of the budget so producers did not repeatedly turn to emergency measures to receive help. Senator Nelson’s work on the 2008 Farm Bill brought together his fiscal conservatism and commitment to American farmers.

Honorable Nelson is Of Counsel to the preeminent law firm in Omaha, Lamson Dugan & Murray LLP. He also sits on the Board of Advisors of Behlen Manufacturing Corporation, a global manufacturer headquartered in Nebraska, as well as a founding board member of the National Strategic Research Institute, a United States Strategic Command sponsored University Affiliated Research Center at the University of Nebraska focused on combating and responding to national security threats. He is also Chairman of the Congressional Office of International Leadership.

Honorable Nelson is currently Chief Executive Officer of a group of insurance operations in Florida and commutes between his homes in Omaha and Washington, D.C. and the company in Florida.

Honorable Nelson and his wife, former First Lady Diane Nelson, are the parents of four adult children including his beloved Sarah, who left this world to become his angel in heaven, and five grandchildren.

In 2013, Senator Nelson was appointed Chief Executive Officer of the National Association of Insurance Commissioners (NAIC), which is the standard-setting organization for state insurance regulators.  Senator Nelson completed his relationship with the NAIC in January, 2017.