John Walker, a partner at Lamson Dugan & Murray LLP, had a case published in Probate & Property. 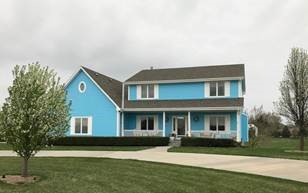 In, 2004, the Korths purchased a residential lot subject to restrictive covenants and submitted plans to paint their house blue, but acquiesced to the developer’s denial of the proposed paint color and insistence on an earth tone.  Nonetheless, ten years later, the Korths informed the homeowners association (HOA) of their decision to repaint their house.  After conflict ensued over whether color approval was necessary, the Korths repainted their residence blue without seeking approval.  The HOA filed a lawsuit asserting that the Korths violated three restrictive covenants: prohibitions of certain “external improvement[s]”; prohibitions of “storage” of things “obnoxious to the eye”; and provisions stating that “[n]o objectionable, unlawful or offensive trade or activity shall be carried on upon any Lot nor shall anything be done theron which may be or become a nuisance or annoyance to the neighborhood or surrounding Lots.”  After trial, the district court entered a judgment for the HOA, concluding that the Korths were aware of the need for paint color approval when purchasing in a community with broad developer authority.  The district court also found that the blue paint color was “a nuisance, annoyance, and obnoxious to the eye.” The supreme court reversed, regarding this as a straightforward matter of interpreting the restrictive covenants.  Finding the terms unambiguous, it held that painting is not an “improvement,” as it not something that is typically “constructed,” “erected,” “placed,” or “permitted to remain” on land.  Painting did not involve “storage” of a thing (making it irrelevant whether the paint itself was obnoxious to the eye), and paint color was not a “trade or activity.”  Therefore, nothing in the restrictive covenants prohibited the Korths from painting their house blue, nor did any portion of the covenants require permission before doing so.  Estates at Prairie Ridge Homeowner Ass’n v.Korth, 904 N.W.2d 15 (Neb.2017).