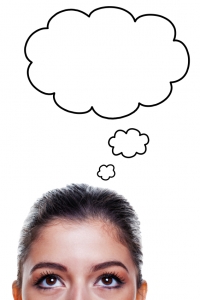 In an unpublished opinion, the Nebraska Court of Appeals recently remanded a case back to the trial court and ordered that the defendant be re-sentenced by a new judge. The opinion arose out of the conviction of 21 year old Taylor W. Welty-Hackett (“Welty”). He pled no contest to attempted first degree sexual assault.

The plea agreement stemmed from Welty’s intercourse with a 12 year old girl — who he claimed said she was 22. Welty said the 12 year old friended him on Facebook and after he accepted, immediately sent him a message saying she wanted to meet him. She also allegedly instructed him to bring a condom to their meeting. Using Snapchat, she arranged for him to pick her up at a local Wal-Mart.

Citing migraines, Welty said he ‘self-medicated’ by using non-prescribed controlled substances and alcohol, and that he had taken some pain pills and drank several beers before  picking up the girl. He admitted to the intercourse, but said the 12 year old instigated it. Otherwise, he claimed to be too drunk to remember much else.

The Judge’s Statements During Sentencing

The State appealed the sentence, arguing it was too lenient and based upon improper, impermissible and irrelevant considerations. In reviewing the sentence, the Court of Appeals quoted portions of the trial judge’s comments on the record, including:

“It’s clear that, at least according to [Welty’s] relation to what happened, and he’s the only one apparently who related what happened to the victim’s sister or the police, that the 12 year-old was interested in having sex and contacted him for that specific purpose, even though she apparently had no prior knowledge of the person, except potentially by reputation. She was the aggressor, she made the advances. She actually grabbed him sexually and asked whether he was going to bring condoms.

That doesn’t excuse the act, but unfortunately, what it does do is remind the court of repeated instances it’s heard of over the last several years of occasions where early teen and preteen girls for whatever reason have decided that they want an experience and go out and force the issue with people that they know are older. And probably out to know a hell of a lot better. And these girls are encouraged to do so by their own friends, by some kind of ethic which encourages them to dispense with their virginity or anything similar so they can have the experience that everybody else is bragging or arguing about. . . .

Sentences in somewhat similar cases have run anywhere from 2 to 4 years up to 12 years. And the defendant’s already served some 95 days in jail. At a minimum, he’s going to end up spending probably the next 25 years, if not his lifetime, functioning as a registered sex offender. . . .

I will tell you that in the past, Mr. Welty, probably a year ago, two years ago, you would be on your way to prison. But I’m going to try to bring some balance to the situation. So I am going to order or find you are a candidate for probation. It’s not going to be a particularly easy one. . .

Please understand, you screwed up big time, but I’ve got to find some way of bringing some balance back into the system, given the nature of what’s been occurring in this community. . . .”

The Court of Appeals’ Decision

The Court of Appeals agreed , finding that the trial court judge had considered improper  factors when fashioning Welty’s sentence. Particularly concerning to the Court was the judge’s “statements about the promiscuity of teenage girls and the need to bring ‘balance’ into sentencing sexual offenders.”

As part of its analysis, the Court referenced the 2007 case of State v. Thompson. There, a Sydney, Nebraska, judge sentenced a man who pled no contest to two counts of sexual assault of a child to 5 years’ intensive supervised probation on each count, to run consecutively. In doing so, the judge made reference to the defendant’s 5’1″ “small physical stature” and how it may cause problems for him if he went to prison. She was later removed from the bench after 52% of the electorate voted not to retain her.  (You can read about that here.)

In setting aside the sentence, and ordering that Welty be re-sentenced by a different judge, the Court of Appeals noted that “the victim’s appearance (whether she appeared older than her given age) and whether she was the ‘aggressor’ of the sexual contact” were irrelevant to Welty’s guilt (though, the Court noted, the trial court judge explicitly recognized that these factors did not excuse or justify Welty’s actions).

You can read the entire opinion here.